Skip to content
Things To Do In Barcelona / Attractions / Barcelona Zoo 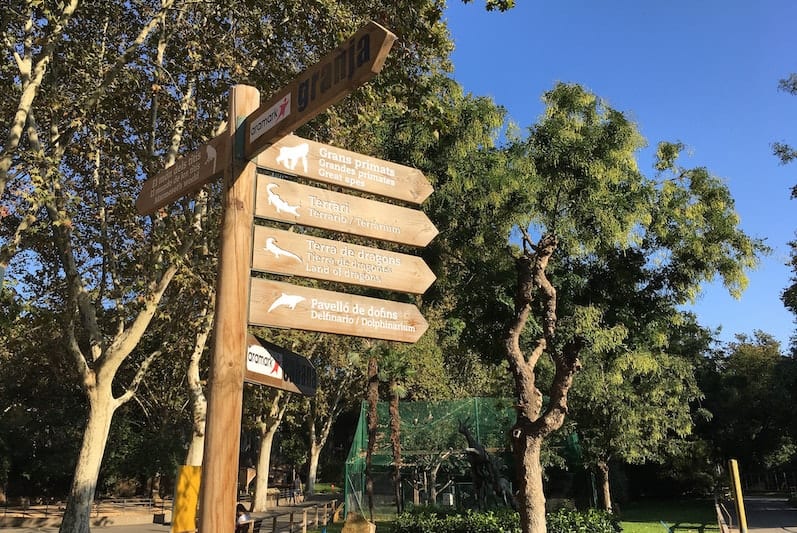 Dozens of animal species from all over the world bask beneath the Spanish sun at the Barcelona Zoo. The zoo is one of the best attractions in the city for all the family.

Boasting a collection of more than 7500 animals from all four corners of the planet, it’s an educational excursion filled with fun encounters and plenty of monkeying around.

The zoo itself was founded back in 1892 and is housed in a collection of buildings originally used for the Universal Exhibition in 1888.

It began with a modest selection of animals from the private collection of Lluis Martí Codolar. Before they were moved to the zoo they called his estate in the neighborhood of Horta home.

Now the animals are catered to in the best way possible, with habitats that replicate their natural environments and priority given to the upkeep of the creatures and reintroduction of species on the edge of extinction.

The animals are definitely the stars of the show, but the zoo is also a repository of modernista design elements.

Wander along the leafy pathways, and you’ll stumble across interesting sculptures like the fountain by Joan Roig i Sole, which is topped off with La Dama del Paraigues (The Lady with the Umbrella).

There is a diverse selection of species that span the globe, from giraffes and lions from Africa and tigers, monkeys, and more from Asia.

Much of the park is laid out according to destination. For example, the “Madagascar” quarter is home to all sorts of exotic species found in the far-flung African country.

Get Up Close and Personal With the Animals

Though the Zoo’s most dangerous denizens are thankfully off-limits, there’s an area where your kids will be able to get up close and interact with animals.

In the “Granja” area of the zoo there’s a picturesque farmyard filled with domesticated creatures that are less exotic than, say, the chimpanzees and hippos, but still equally as fun to hang out with.

Kids can pet goats and Shetland ponies and take horse rides to experience their surroundings from a different perspective.

There are also a number of educational shows and feeding times with the more fanciful furry friends, like the titis (the world’s smallest monkey), the seals, and the tropical birds.

When you get hungry, you can head to La Granja, an outdoor eating area in the farmyard section of the zoo.

Here, you can tuck into simple snacks like sandwiches, fries, and burgers or, for a healthier option there’s a designated picnic section where you can chill out and enjoy the sunshine.

Dotted around the zoo, you’ll also encounter a series of wooden huts. These sell drinks, ice cream, and sandwiches.

If you’re on the hunt for a reminder of your day, head to one of the three souvenir shops which sell a mishmash of goods, from cuddly toys and animal-related pencils to educational books and t-shirts.

Though the zoo is in a spick and span condition and uses research and techniques from the modern day, its modernista details and ornate selection of buildings offer a sense of vintage wonder – perfect when combined with the amazing selection of animals.

¡Hola! We’re Annebeth, Carola and Carlijn. We live and work in Barcelona as journalists and tour guides, and we want to share the best this wonderful city has to offer.